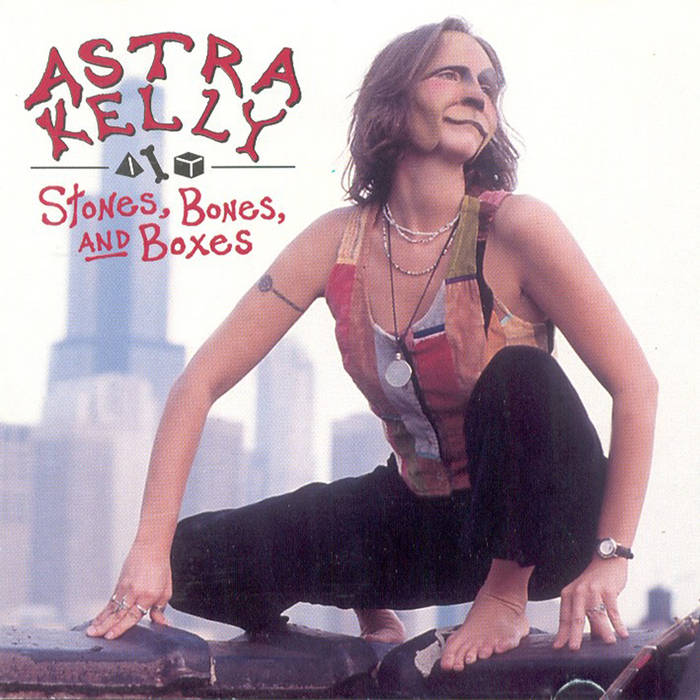 During a three-year stint with a touring jam rock band that almost got signed, Astra hit the streets of Chicago to hone her guitar skills and make some cash. Soon with a pocketful of songs of her own, she went solo and holed up in her Chicago apartment with engineers, Kevin Fugiel and Paul Wright, to record her first record, “Stones, Bones and Boxes.” Driving past a Louisiana graveyard her car mate asked, “how do you feel about graveyards?” and Astra’s reply was, “…just Stones, Bones and Boxes.” The A Ha album title moment came!

It was recorded in the summer of ’96 and featured a cast of characters from the Chicago scene…different players on each tune. It is an album with a concept. All of the songs are themed and laid out to inspire the dropping of the mask of self. Thus the album artwork…wearing a mask, and on the back, throwing the mask to the ground.

**You hear some really cool audio tricks if you listen to it with head phones.