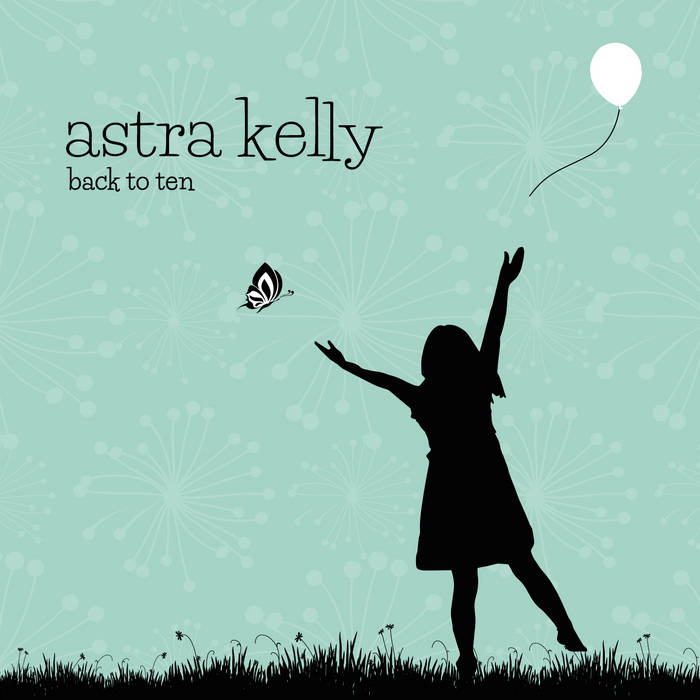 On Astra Kelly’s seventh independent record release, “Back to Ten,” she returns to her acoustic roots and the heart of where her musical passions lie: lyrics, melody and stories of living. The album features the contributions of eleven local artists. They each added their own unique stylings to the individual songs, as well as co-wrote some of the tracks. Artists include: Gayle Skidmore, Jeff Berkley, Carissa Schroeder (Sirens Crush), Cathryn Beeks, Trent Hancock, Podunk Nowhere, Matt Davies (Todo Mundo), Marta Z. (Transfer, Stepping Feet), Simeon Flick, Chris Wilson and Josie LaValle (12 yr. old student of Astra’s).

Guest artists were given just acoustic guitar and vocal tracks and invited to put their stamp on a song. Some are sparse and others feature a full band, such as Jeff Berkley’s track, where he lends his guitar, bass, percussion, banjo and vocal skills.

“Back to 10 (or back to 1 in numerology) is that full circle experience of life when one era is completed and another begins. For me, this record symbolizes the end of a long one of those. The cover is a silhouette of my six-year-old niece and she’s releasing a white balloon to catch a butterfly. Growing up, whenever there was a death in the family (pets included), my Mom would bring home one white balloon and we’d all go outside, say some prayers and ask that their spirit be released as we let the balloon go. The butterfly, of course, is transformation. Don’t we all experience those dramatic phases in life when everything changes? We might fight against it, but ultimately we surrender to the forward motion, release the past and transform into who we’ve become.” – Astra